The Martin Police Department has a dropbox for prescription drugs in the lobby, and it is accessible 24 hours a day. This allows the local community the opportunity to prevent pill abuse and theft by ridding their homes of potentially dangerous expired, unused, or unwanted prescription drugs.

The rates of prescription drug abuse in Tennessee are alarmingly high, as are the number of accidental poisonings and overdoses due to these drugs. Weakley County surveys show that the majority of abused prescription drugs are obtained from family and friends, citing that they were obtained from a home medicine cabinet. The MPD and WCPC are advised that usual methods for disposing of unused medicines—flushing them down the toilet or throwing them in the trash— both pose potential safety and health hazards. 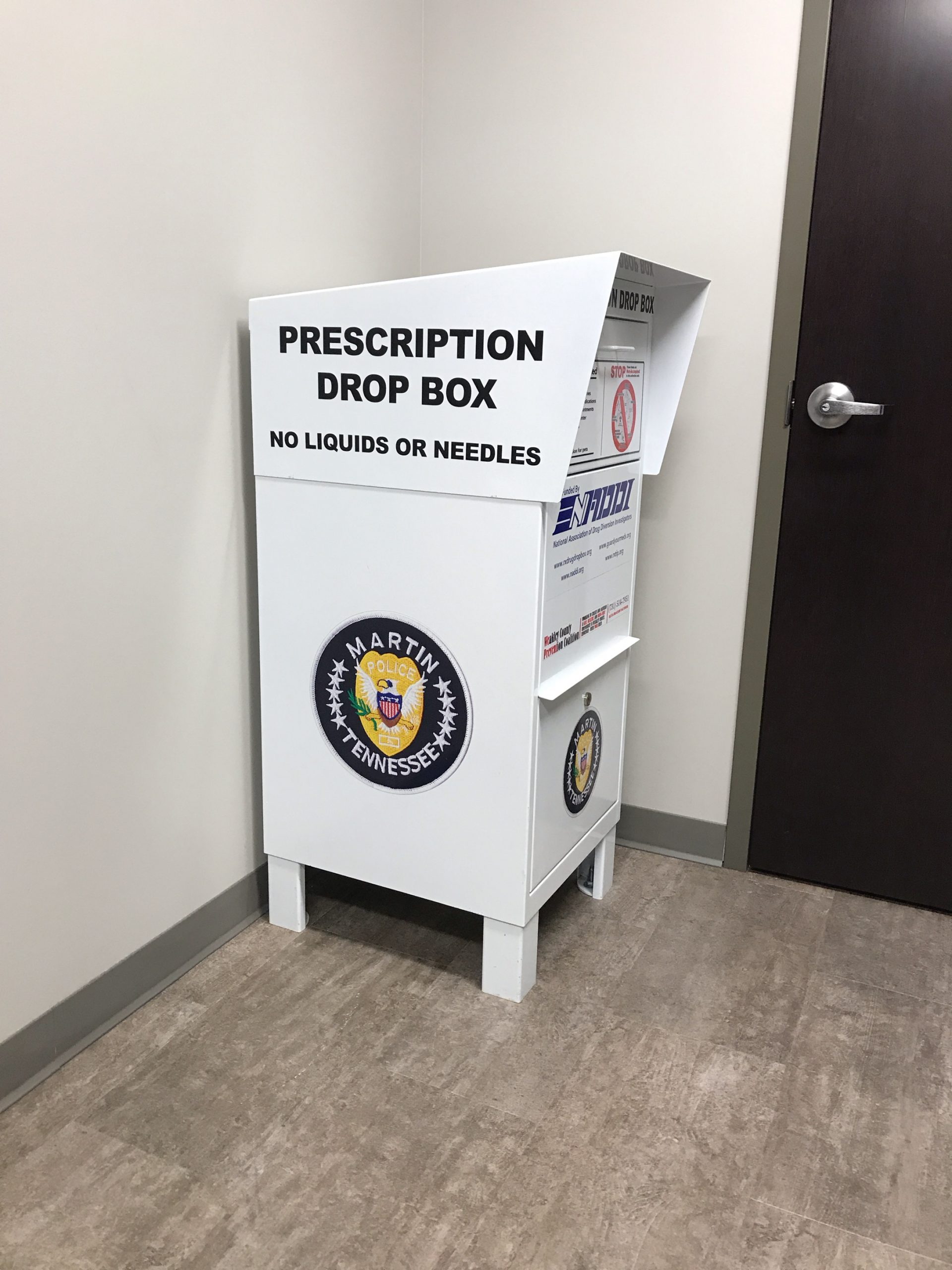