Don began his career at the Martin Police Department in 1983. He has been involved in every area of the department. In April 2015 he was named Chief of Police. He has received training in all aspects of law enforcement including: Tennessee Law Enforcement Training Academy (1984), F.B.I. National Academy-185th Session (1996), Criminal Investigation School, Advanced Hostage Negotiations, Basic Homicide Investigation, and numerous other law enforcement related training. Don graduated from Westview High School in 1976, and received his B.S. degree in Education from the University of Tennessee at Martin in 1981. He is a member of the F.B.I. National Academy Alumni Association (FBINAA), Tennessee Association of Chiefs of Police (TACP), and International Association of Chiefs of Police (IACP). 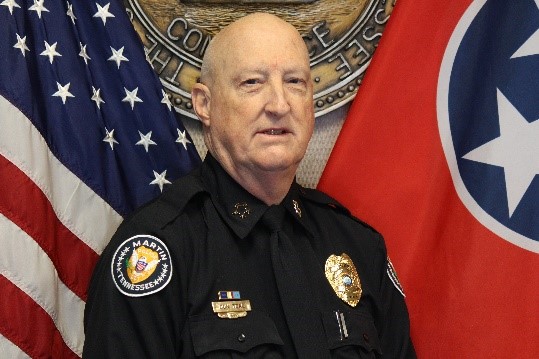