Tommy has worked for the police department since 1996. In 2005 he was assigned to the 27th Judicial Drug Task Force. May 2012 he was promoted to Captain over the Criminal Investigation Division. In December 2015 he graduated from the F.B.I. National Academy. He has received training in several areas including: Tennessee Law Enforcement Training Academy (Outstanding Officer of his police academy class), numerous Narcotic Schools, K-9 Training, DUI School, and numerous Criminal Investigation Schools. Tommy graduated from Dresden High School. 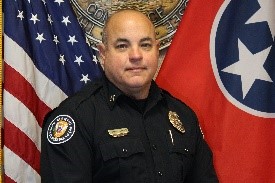