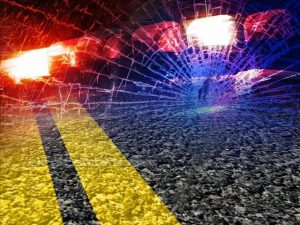 On October 22, 2019 at approximately 5:21 p.m., Martin Police Department officers responded to the intersection of Summer and University Streets pertaining to a crash involving a bicycle and a vehicle. When the officers arrived, they discovered that a red 2005 Jeep was traveling north on Summer St. and as it came to the intersection, it collided with a bicyclist that was headed west on the south side of University St. on the sidewalk. The driver of the vehicle, Terry King, 63 of Martin, was uninjured. A 12-year-old male was operating the bicycle and was transported for non-life-threatening injuries. Martin Police Department crash re-constructionist Trae Vaughn was called to the scene and the investigation continues.